The Biden-Harris administration clearly returned climate change to the top of the agenda with an executive order and steps to return to the UN-backed Paris Agreement. And on the ground, many states, cities and businesses chose to continue forward with climate change commitments despite the previous administration’s attempts to unravel climate protections over the last four years. Everledger worked with several clients on the Earth Day release of our blockchain solution that makes it more practical for businesses to offset their carbon footprint – from tracing emissions along their supply chain to readily connect to certified offset mitigation programs.

Despite these positive steps to keep climate mitigation as part of the US government agenda, there has been increased pushback for federal approaches on climate change. Millions of Americans still view climate change as a threat or a hoax and the politicized environment has turned this issue into one of the debating points. Combining the politicized dynamic with the economic and social stresses resulting from the COVID pandemic, the new administration’s challenge is to drive sustainability at a federal level and convince the American public that a green and circular economy benefits all people as well as the planet.

Along these lines, it’s encouraging that the new administration’s focus for green jobs is based squarely on an economic agenda. Job creation and job continuity typically has been something that reasonably resonates on both sides of the political aisle. But don’t hold your breath. Even recent support from the Pentagon to prioritise climate resilience across military installations – a move that might ordinarily receive Republican support – was met with scepticism.

Will these actions prove to be powerful enough for a unified front across the next two or even four years? It’s a tough ask. Our country is so tensely divided at the moment. Any issue that attracts a partisan label feels doomed to fail. The near 50-50 split in the Senate reflects the national discord.

While this may sound like a bleak assessment, there are several real opportunities to find consensus and progress, in areas of sustainability that don’t obviously swing blue or red.

An executive order under the Trump administration on critical minerals could move to the forefront and be adapted by the Biden administration. The 2017 executive order on critical minerals focuses on 35 metals and rare earths that are deemed vital to national security and the economy – including high-profile examples such as lithium, which is central to the clean battery and renewable energy revolution. This executive order can mimic and carry forward the work the EU is doing on a list of 66 critical raw materials that includes criteria of national security and the economy, but also social and environmental impact indicators.

With the EU’s conflict minerals legislation coming into force just last month, in January 2021, there are also significant learnings that the Biden-Harris administration can share after 10 years of learnings on conflict minerals – tin, tantalum, tungsten and gold (3TG) mined from high risk or conflict zones such as the Democratic Republic of Congo. In recent years, the electronics industry has made considerable progress in expanding the supply of legitimate goods by following the OECD Due Diligence Guidelines for the Responsible Sourcing of Minerals (OECD DD). The success of market leaders such as Apple provides inspiration for other industries to follow, and in particular the diamond supply chain.

The U.S. Executive Order on Critical Minerals was originally designed to fast-track mining of critical minerals to lessen dependency on foreign imports, even where that mining was considered high risk economically or in environmentally sensitive regions. Biden may choose to evolve that executive order and meet a compromise with republican and military supporters that decreases U.S. dependency while also falling closer to the new European Commission action plan on critical raw materials. The EC aims to diversify sources, mandate environmental practices and prioritize the circular economy to foster the transition towards a green and digital economy – in line with the OECD DD.

“A secure and sustainable supply of raw materials is a prerequisite for a resilient economy,” explained the commission’s Maroš Šefčovič. “For e-car batteries and energy storage alone, Europe will for instance need up to 18 times more lithium by 2030 and up to 60 times more by 2050. We cannot replace current reliance on fossil fuels with dependency on critical raw materials.”

I recently spoke to Pamela Fierst-Walsh, Senior Advisor on Conflict & Critical Minerals with the U.S. Department of State, who welcomed this new legislation. “My colleagues at the Commission have a really inspiring long-term vision for reaching Europe’s clean energy goals.” she said. “I think COVID-19 has taught us that you need supply chains that are nimble. In every commodity, you need to know what’s in them. What’s the process, who’s my partner, where’s it coming from, who’s buying it and what will it be used for. Knowing that information empowers every aspect of the supply chain – it just does – and it’s going to continue to be very important as we move forward.”

Given the importance of these critical minerals for many departments of government and industrial sectors in the U.S. – from consumer tech and medical tech to automotive, aerospace and jewelry – could this become an issue that navigates the political quicksand in Washington? There are also huge opportunities in the country to fast-track recycling and the second life of critical minerals, as a means of reducing the dependency on mining. The Biden-Harris administration can continue and increase support for projects and incentives for technology that drives collection and recycling. For example, Everledger has significantly advanced our platform through the U.S. Department of Energy’s grant that supported the Closing the Loop project to develop an ecosystem that drives car and portable battery collection, refurbishment, and recycling.

Sticking with community empowerment, the Biden-Harris administration may also find some wriggle room with ‘right to repair’ legislation if they chose to champion the movement at a federal level. Such laws would make it easier for consumers to fix devices, appliances and machinery that is out of warranty, rather than discard and buy again. With over 20 states having Right to Repair legislation on the books for small scale repair shops to gain work and the clear need to protect the rights of farmers and others to make a living, it does seem that there are clear cases to be made that green economy jobs are and can benefit all.

This is one of those rare issues that has garnered the support of both Democrats and Republicans, as it appeals to their environmental and libertarian instincts respectively. Farmers and local garages could stand to gain, alongside suburban families without the means to pay for costly repairs or replace from scratch.

Again, the European Union is taking a lead, introducing new laws to force manufacturers into tossing the ‘culture of planned obsolescence’ that is such a contributor to landfill and wasted materials.

If Biden is looking for a blueprint to push through sustainability legislation, then viewing the opportunities through the lens of transition jobs and cost-conscious, post-pandemic America feels like the right strategy. Sustainability isn’t just about protecting other people in faraway places, but making life easier for the family of five that’s struggling to pay their bills. For example, who wouldn’t be tempted by incentives to buy solar panels, if they were guaranteed to increase your energy efficiency by half? And what politician would argue that these cost-savings were a bad idea?

While the Biden-Harris administration has passed the first test, and plucked the lower hanging fruits of climate change, there are many thornier battles ahead. While it’s hard to look past COVID-19, society’s most disadvantaged also need support in key areas such as income equality, workers rights, human rights, racial justice… We need to restore our faith in the government to do good for all our people and develop an ecosystem for a new type of social safety net.

The U.S. has chosen a new direction in recent months and President Biden has committed to a sustainable agenda. His ability to work across the aisle, supported by advances in technology and growing public demand, could achieve many of the transition goals that were missed in previous years and reposition the country as an environmental leader on the global stage. 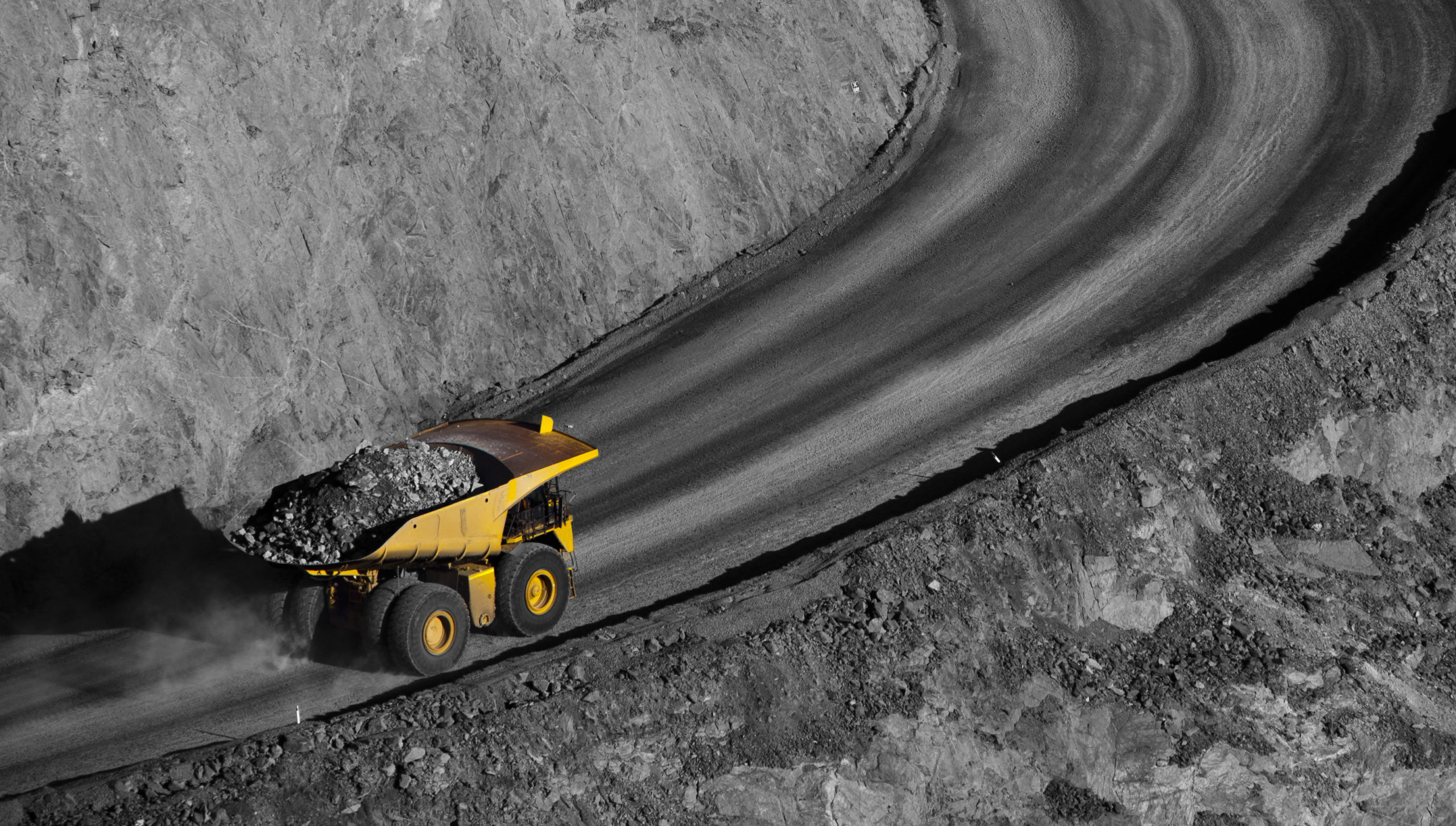 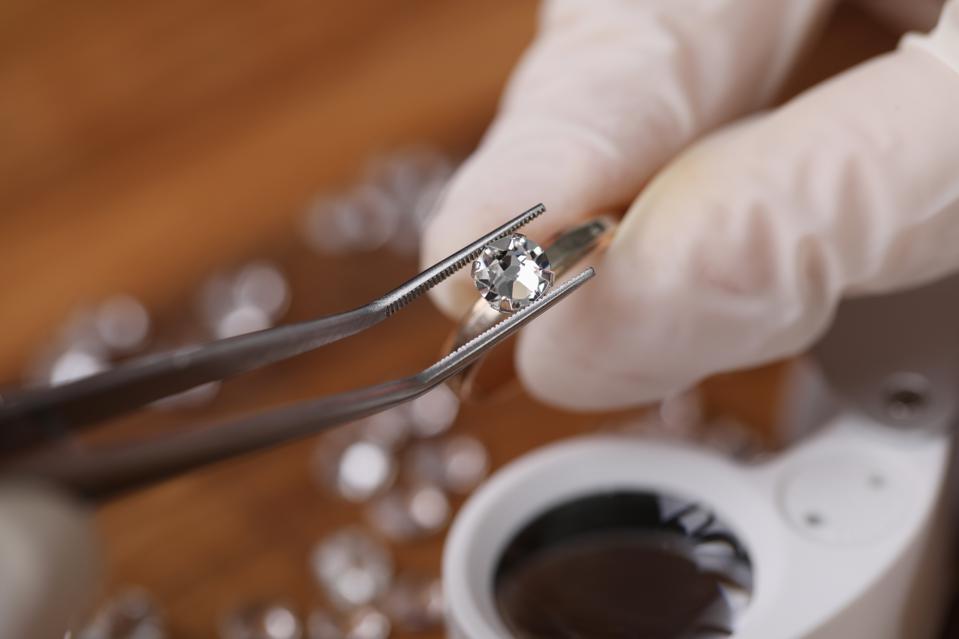 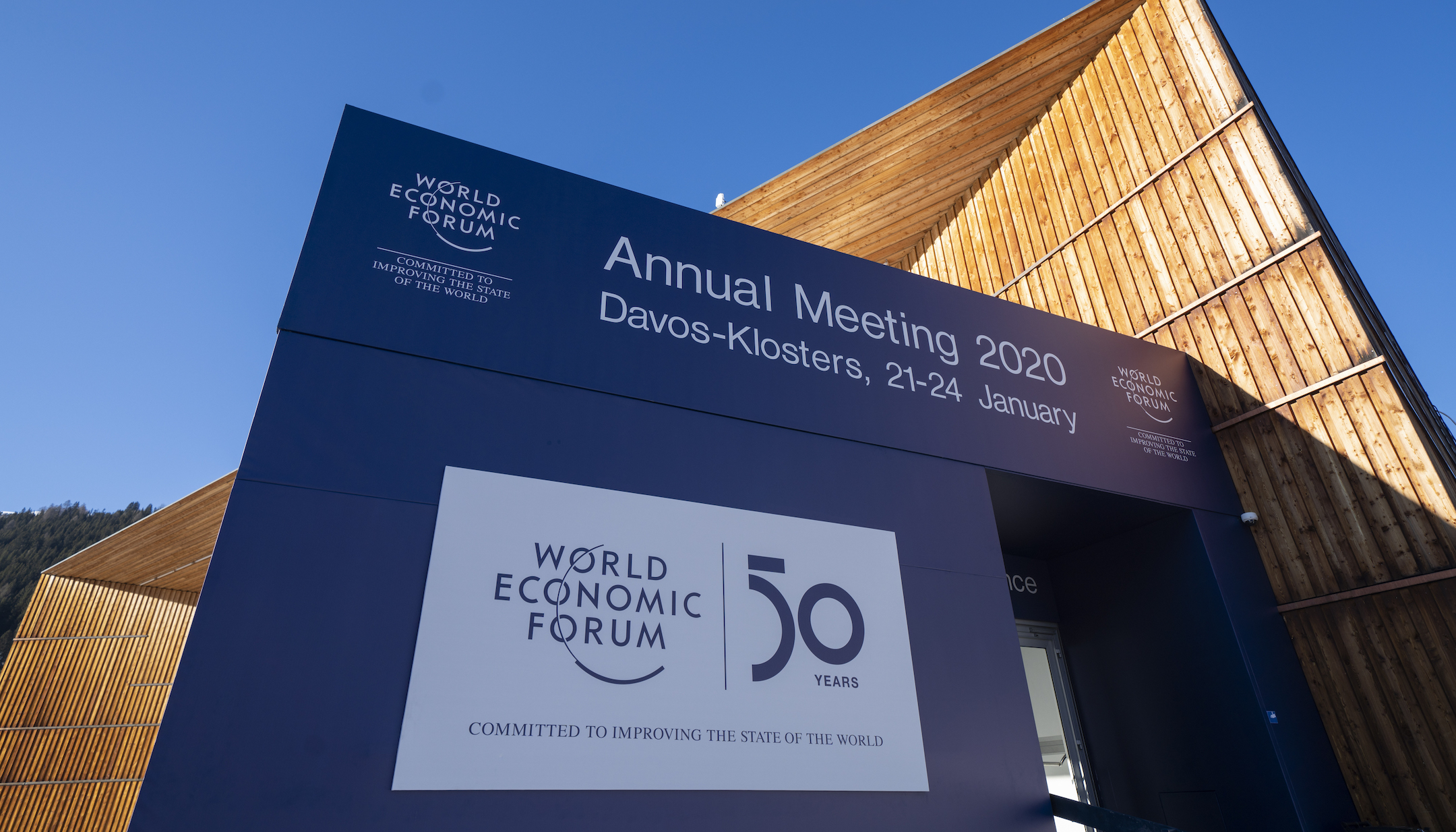 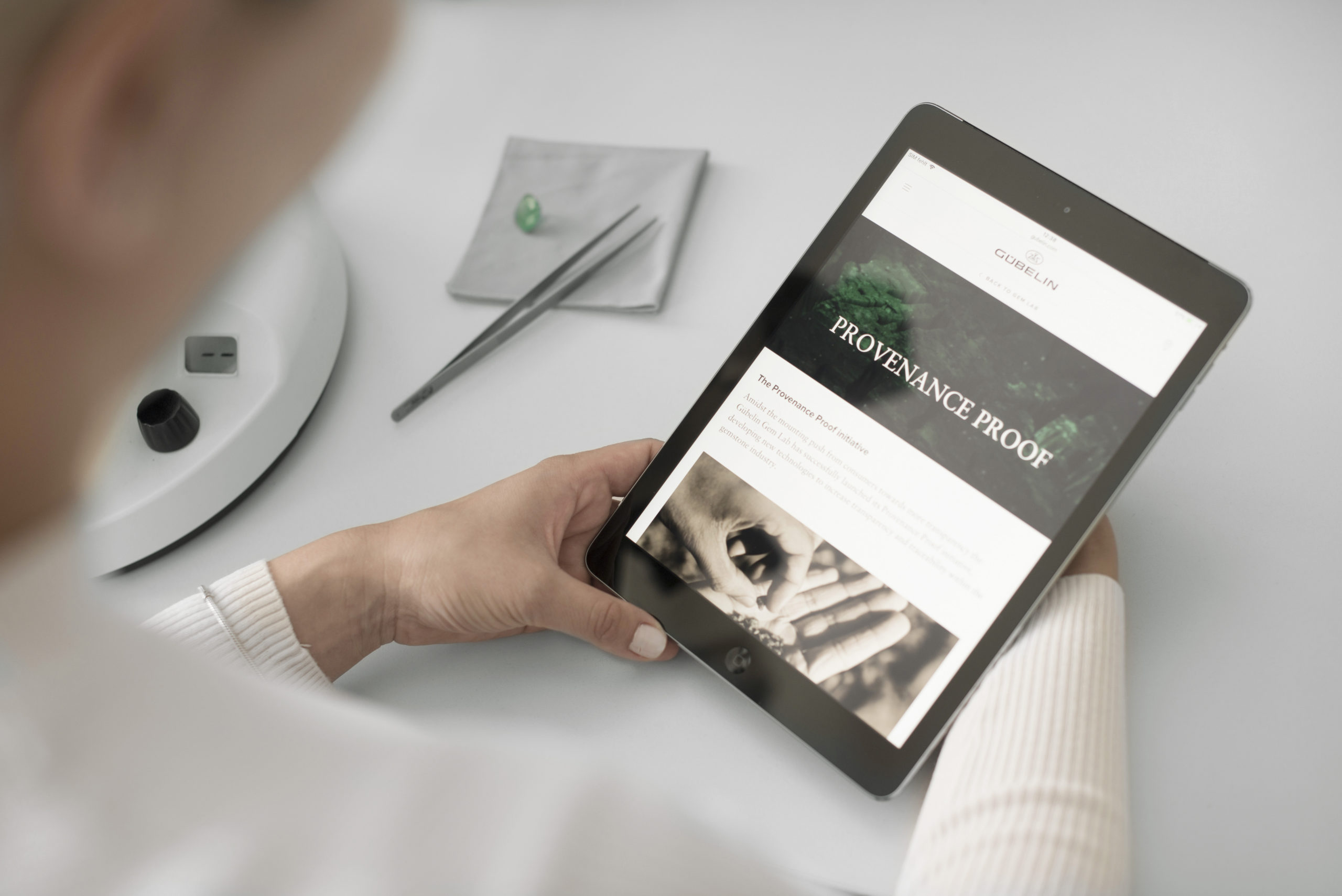 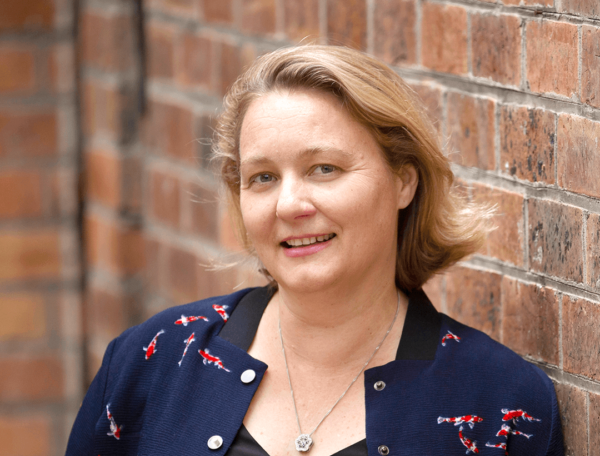 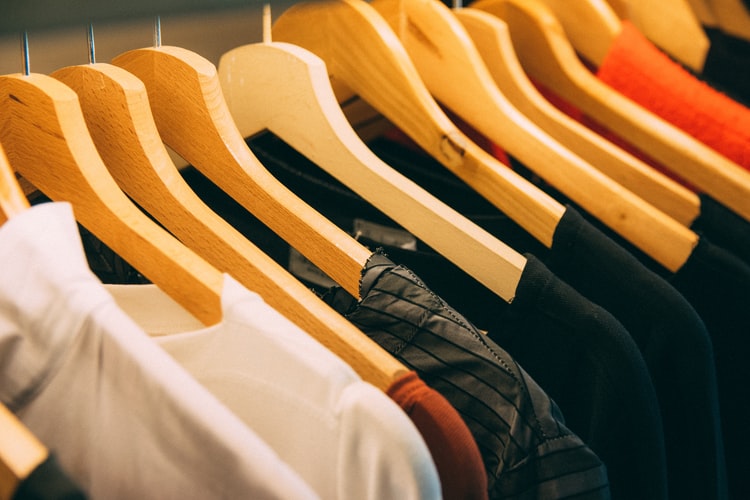 How fashion brands are taking advantage of blockchain apparel 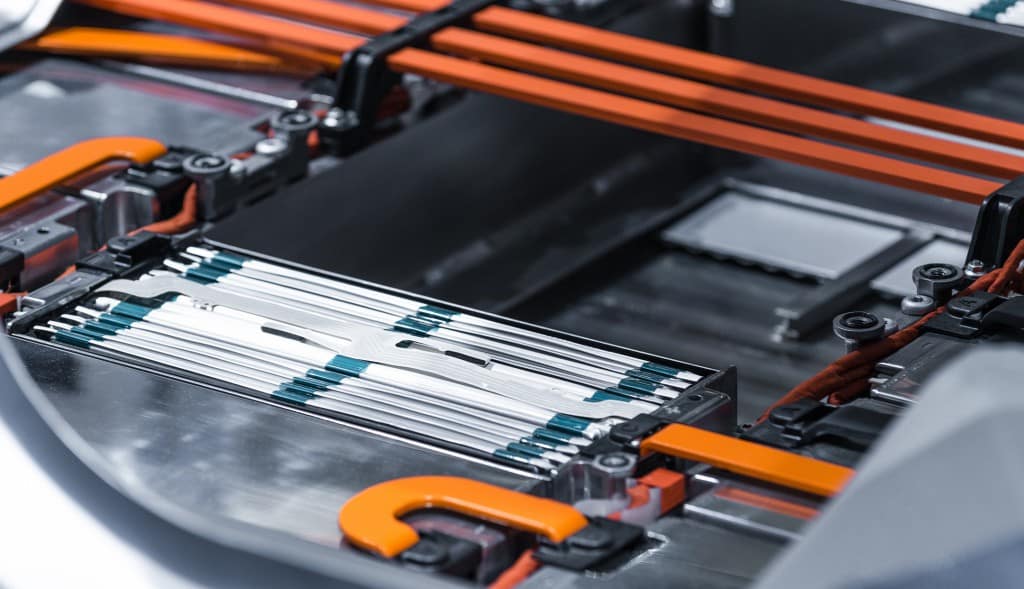 Rehoming ‘orphan EV batteries’: how technology matches those with batteries and those who need them

As the flow of used electric vehicle batteries increases from trickle to steady stream, what are the opportunities and c 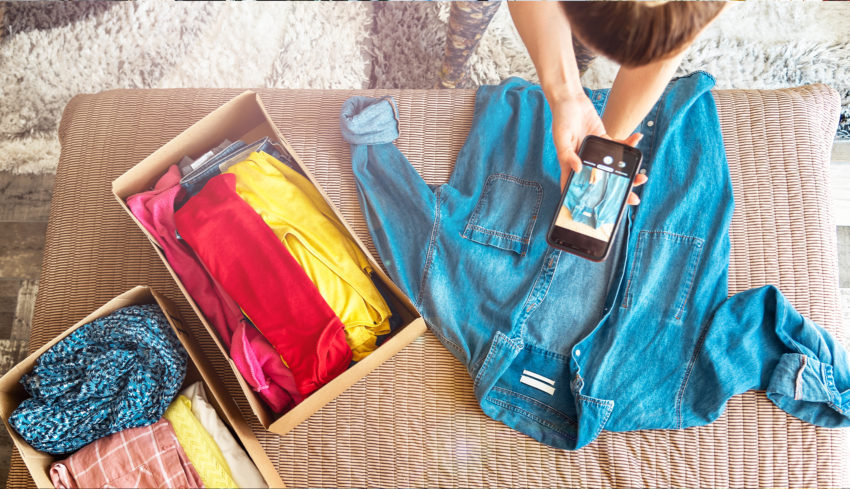 Logging the benefits of blockchain fashion sustainability and traceability

Major fashion houses are increasingly looking to blockchain to improve sustainability in the fashion world. Why? Put sim 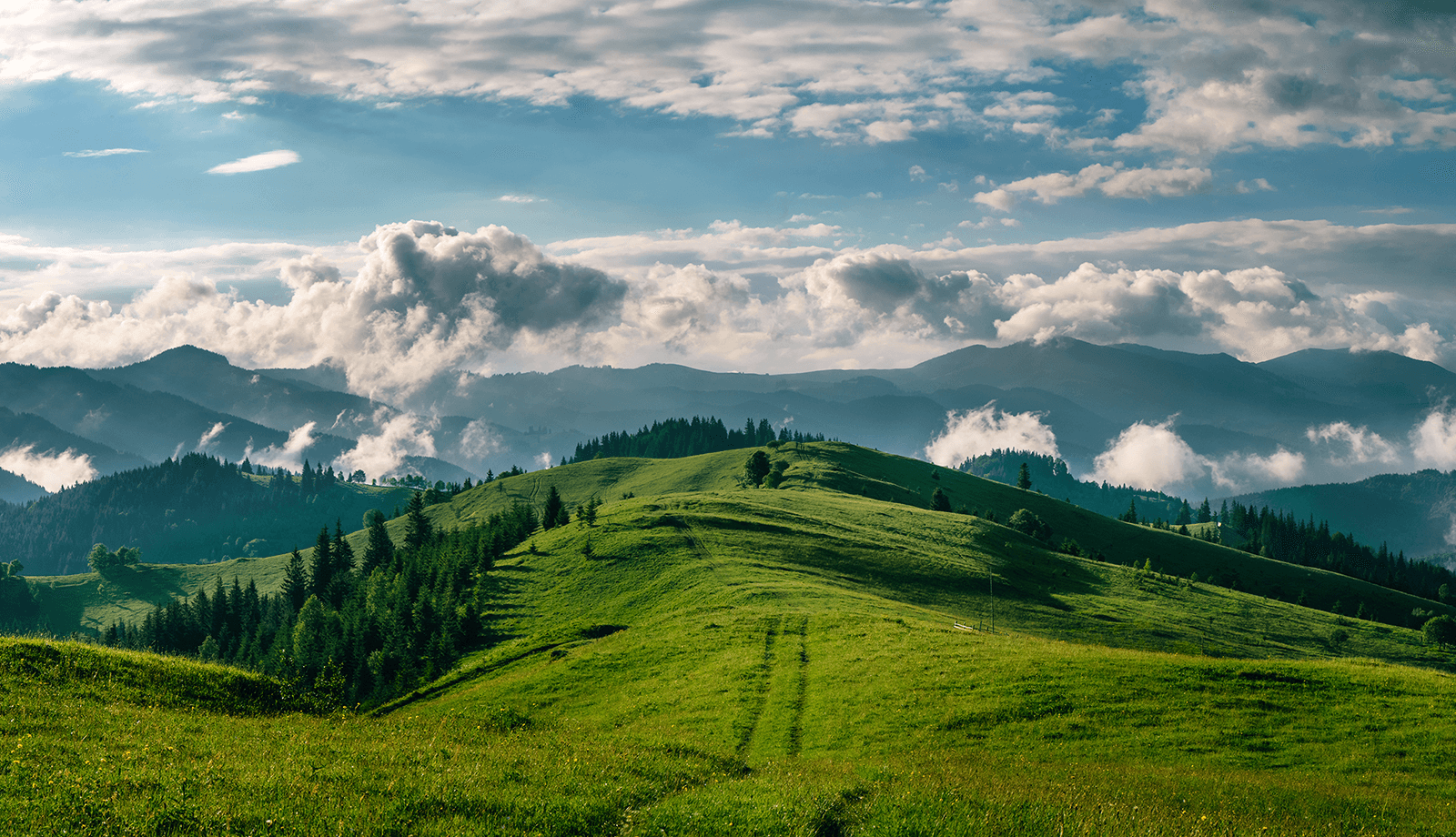 Our pledge on this Earth Day