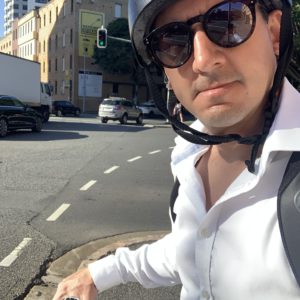 Craig began his career in 2003 as an in-house Chartered Surveyor for Prudential plc, he subsequently became an institutional Fund Manager for the investment arm of Prudential M&G with portfolio responsibility for over $1bn in UK real asset investments.

In 2009 Craig relocated to Australia and became the UK Government Director for the UK Department for International Trade advising on Foreign Direct Investment (FDI) of Australian companies and inbound capital infrastructure investments into the UK. In 2016 Craig became the Head of the British Consulate Brisbane and managed UK Prime Minister and Lord Mayor visits to Australia and New Zealand, including for the G20, and the 2018 Gold Coast Commonwealth Games.

Craig attended Hills Road College Cambridge and Heriot-Watt University Edinburgh where he attained a First Class Honours. He is a MRICS Chartered Surveyor, is CFA (IMC) qualified and has been honoured by Her Majesty The Queen with an MBE for his work in developing the political, trade and investment relationship between the UK and Australia.